Xmas Closedown and Payment During Closedown 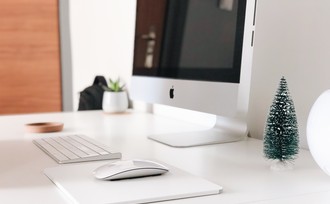 Are you aware of recent Employment Court ruling about how you pay people during your closedown period?

It’s that time of the year again and some of you will be looking to closedown or reduce to skeleton staff over the Christmas/New Year period. You need to give a minimum of two weeks’ notice to your team of the closedown dates but we recommend giving as much notice as possible so that people are aware and can make plans.

In the past it has been common for companies to pay staff their entitled Annual Leave if they have any. If they haven’t been employed for a full year, or have used all their entitlement, then common practice has been to allow people to use accrued leave to cover this period. The Employment Court ruling goes against this.

Employees who have no entitled leave at the beginning of lockdown must:

For example: If you had a staff member start work on the 1 June 2020 and you closed down on the 21 December 2020 they would have worked for you for 6mths. This would mean they had no entitled leave but they would have accrued two weeks annual leave. You would need to:

If the employee has any entitled leave (even if it is not enough to cover the whole period) then the entitled leave must be used and then the remainder of the period can be paid as leave in advance or unpaid leave and their anniversary date does not move.

If the employee wishes to have the remainder of the period paid as leave in advance, and you agree, we strongly recommend that this is recorded in writing and signed by the parties.

If you want to read the Employment Court ruling it can be found here.

We needed an expert to handle an issue that was both difficult and delicate. Thelma handled this professionally enabling the staff involved to feel that she was able to help them through the situation. Thelma’s real strength is the ease she can build a rapport with managers enabling them to deal with the hard issues of the day. I have no hesitation in recommending Thelma French.
CEO, SME, Auckland